“Love is stronger than death” reads the epitaph on the headstone of Captain Arthur Tylston Greg, buried at Jussy Communal cemetery in France. Shortly after the First World War was declared in August of 1914, Arthur Greg left his law studies at Oxford and eagerly joined the British army. Serving with the Cheshire Regiment near Ypres, Belgium, he was seriously wounded when shot in the jaw in the spring of 1915.

Recovering from his injuries, Greg rejoined the military and applied to the Royal Flying Corps. By April of 1917, he had been certified as a pilot and returned to France to join the 55 Squadron.  Less than one month later, on April 23rd of 1917, returning from a bombing mission on an ammunition factory, Arthur Greg’s squadron was attacked by German aircraft.  Among the German pilots was Herman Goering, the WWI ace who would survive to lead the Nazi Party and found the Gestapo in WWII.  Greg’s plane was shot down, and although he crash-landed near St. Quentin, both he and his mechanic died of their wounds.

In 1918, Arthur’s sweetheart, Marian Allen, published a slim book of poetry, The Wind on the Downs. The poems chronicle Marian’s grief; “Out in a gale of fallen leaves” was written six months after Greg’s death. 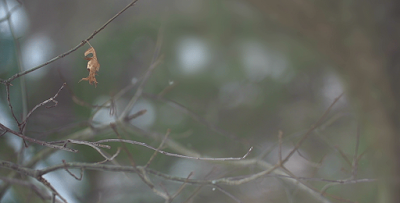 Out in a gale of fallen leaves,
Where the wind blows clear through the rain-soaked trees,
Where the sky is torn betwixt cloud and blue
And the rain but ceases to fall anew:
And dead leaves, in bud on your April flight,
Will whisper your name to the wind to-night
And the year is dying in which you died
And I shall be lonely this Christmas-tide.
Hyde Park, October
Wind howls in an October gale, dead leaves scrape across the ground, and rain drums down in a London park, yet in the sounds of an autumn storm, the speaker of the poem hears only the whisper of her dead lover’s name. The sight of the drifting leaves is a poignant reminder that just a short time ago when spring buds on the trees heralded new growth, the young airman too was alive and full of promise. Now, like the leaves, he also has fallen from the torn sky.

In another poem from Wind on the Downs, Marian Allen remembers Arthur Greg and their happy past as she struggles to reconcile memory with the future that lies before her:

I like to think of you as brown and tall,
As strong and living as you used to be,
In khaki tunic, Sam-Brown belt and all,
And standing there and laughing down at me.
Because they tell me, dear, that you are dead. 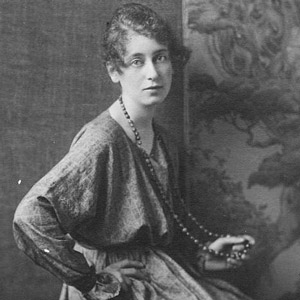 Shared laughter has been replaced by an echoing silence, and her memories are shadowed by his loss. Recalling their war-time farewell in another poem, Allen writes, “His footsteps echoed down the path to die.” As autumn deepens and gives way to the bleakness of winter, there is some comfort in knowing that the year in which Arthur Greg died is also ending. And yet she starkly acknowledges the emptiness that stretches before her: “And I shall be lonely this Christmas-tide.”  In the final verse of her poem “And what is war?” Allen answers the question for many grief-stricken women:

The sound of laughing voices disappearing,
The marching of a thousand eager feet,
Passing, ever passing out of hearing,
Echoing, ever echoing down the street;
A sudden gust of wind, a clanging door,
And then a lasting silence—that is war.

Marian Allen went on to write and illustrate several books for children; she returned to Oxford where she died in 1953.  She never married.
Posted by Connie R. at 11:38 AM