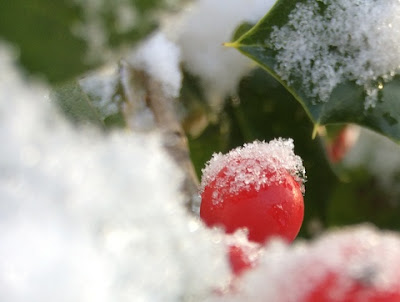 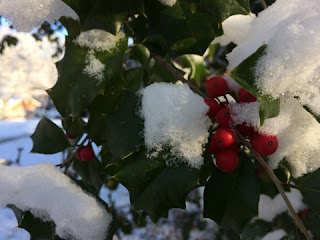 While shepherds watched their flocks by night

All seated on the ground
A high-explosive shell came down
And mutton rained around.
—Saki (H.H. Munro)

Hector Hugh Munro (his pen name Saki) is best known for his archly playful short stories. Despite being officially too old to enlist, at the age of 43, he volunteered with the British Army.  On November 14, 1916, while sheltering in a shell crater in No Man’s Land, he was killed by a sniper.  His last words were “Put that bloody cigarette out.”

The Kings of the earth are men of might,
And cities are burned for their delight,
And the skies rain death in the silent night,
And the hills belch death all day!

But the King of Heaven, Who made them all,
Is fair and gentle, and very small;
He lies in the straw, by the oxen’s stall—
Let them think of Him to-day!
—Joyce Kilmer


American poet Joyce Kilmer is best known for his poem “Trees” (I think that I shall never see/ A poem as lovely as a tree).  He was killed by a sniper at the Second Battle of the Marne on July 30, 1918.
Posted by Connie R. at 11:44 AM 2 comments:

During the First World War, belief was more important than modern readers have perhaps acknowledged.  Religious faith anchored belief, both belief in the afterlife, as well as belief in the morality of the war. Both the Allies and the Central Powers assumed that God was on their side, as evidenced in the British poem “The Dilemma”:

God heard the embattled nations sing and shout
“Gott strafe England!” and “God save the King!”
God this, God that, and God the other thing—
“Good God!” said God, “I've got my work cut out.”*

According to most reports, the spontaneous and unofficial Christmas Truce of 1914 began with Christmas carol singing, as described by Graham Williams of the Fifth London Rifle Brigade: 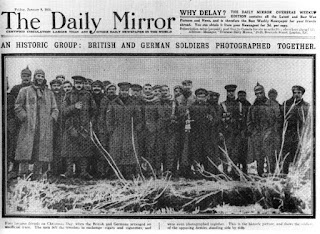 Men on both sides celebrated “tidings of great joy, which shall be to all people” as proclaimed at the birth of the Christ child.† But the Christmas truce of 1914 lasted only a day or two before the killing resumed. Three years later, after millions had died in a war that seemed like it might never end, German-American writer Hermann Hagedorn published his poem “Resurrection.”  Hagedorn was an ardent supporter of the Allied war effort, despite strong family ties to Germany -- his father and several siblings had returned to live there.  While his poem envisions peace and reconciliation, they are achieved only at the world’s end with the apocalyptic second coming of Christ.

Not long did we lie on the torn, red field of pain.
We fell, we lay, we slumbered, we took rest,
With the wild nerves quiet at last, and the vexed brain
Cleared of the wingèd nightmares, and the breast
Freed of the heavy dreams of hearts afar.
We rose at last under the morning star.
We rose, and greeted our brothers, and welcomed our foes.
We rose; like the wheat when the wind is over, we rose.
With shouts we rose, with gasps and incredulous cries,
With bursts of singing, and silence, and awestruck eyes,
With broken laughter, half tears, we rose from the sod,
With welling tears and with glad lips, whispering, “God.”
Like babes, refreshed from sleep, like children, we rose,
Brimming with deep content, from our dreamless repose.
And, “What do you call it?” asked one. “I thought I was dead.”
“You are,” cried another. “We're all of us dead and flat.”
“I'm alive as a cricket. There's something wrong with your head.”
They stretched their limbs and argued it out where they sat.
And over the wide field friend and foe
Spoke of small things, remembering not old woe
Of war and hunger, hatred and fierce words.
They sat and listened to the brooks and birds,
And watched the starlight perish in pale flame,
Wondering what God would look like when He came.
—Hermann Hagedorn

Even after rising from the dead, soldiers continue to argue (this time about their perceptions of the resurrection), but now there is no malice or anger in their disputes. Together, the men rise “under the morning star,” one of the names that Christ claims for himself in the last chapter of the prophetic book of Revelation.  As they wait for Christ’s return, the men watch “the starlight perish,” a fulfillment of Christ’s words that in the last days, “the sun shall be darkened, and the moon shall not give her light, and the stars shall fall from heaven,” events that herald his appearance “in the clouds of heaven with power and great glory.”††

Many of Hagedorn’s readers would have been familiar with the prophecies referenced in the poem and would have taken comfort from the hope of resurrection and the return of the Prince of Peace.  War and death will be defeated forever, and in the world to come, men are reconciled with one another and with their God. 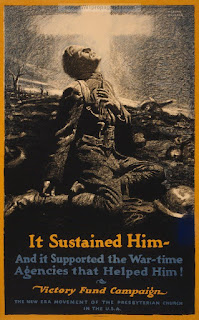 Families and loved ones often shared their religious beliefs in headstone inscriptions chosen for the dead of the war.  Captain George Fenwick Hedley Charlton was twenty-four when he was killed near Ypres on October 6, 1916. His younger brother, William Godfrey Charlton, was killed less than two years later on August 26, 1918. With resurrection hope, their parents chose the same inscription to appear on both of their sons’ graves: