“When the War is over and the sword at last we sheathe, / I'm going to keep a jelly-fish and listen to it breathe,” wrote Alan Alexander Milne in his one of his “War-Time” poems. Best known as the author of the Winnie the Pooh stories, Milne was also a war writer. He joined the Royal Warwickshire Regiment in February of 1915 and served as a Signal Corps officer until trench fever sent him back to England in November of 1916. Milne rejoined the army after Christmas, but was again hospitalized and declared unfit for active service at the front.  He served with British military intelligence for the rest of the war, writing propaganda articles until his discharge in February of 1919. In 1921, he published The Sunny Side, a collection of poems and essays dedicated “To Owen Seaman affectionately in memory of nine happy years at the “Punch” office.” The book was divided into seven sections—the fourth was titled “War-Time.”

Milne’s war poems and sketches are witty and light-hearted, but a deep note of sadness often echoes beneath the surface.

From a Full Heart 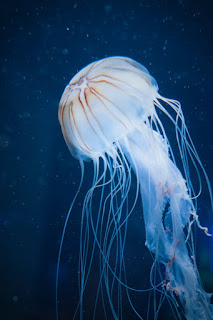 In days of peace my fellow-men
Rightly regarded me as more like
A Bishop than a Major-Gen.,
And nothing since has made me warlike;
But when this age-long struggle ends
And I have seen the Allies dish up
The goose of Hindenburg—oh, friends!
I shall out-bish the mildest Bishop.

I never really longed for gore,
And any taste for red corpuscles
That lingered with me left before
The German troops had entered Brussels.
In early days the Colonel’s “Shun!”
Froze me; and, as the War grew older,
The noise of someone else's gun
Left me considerably colder.

The Captains and the Kings depart—
It may be so, but not lieutenants;
Dawn after weary dawn I start
The never-ending round of penance;
One rock amid the welter stands
On which my gaze is fixed intently—
An after-life in quiet hands
Lived very lazily and gently.

When the War is over and we've done the Belgians proud, 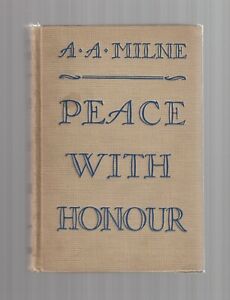 I'm going to keep a chrysalis and read to it aloud;

When the War is over and we've finished up the show,
I'm going to plant a lemon-pip and listen to it grow.

Oh, I'm tired of the noise and the turmoil of battle
And I'm even upset by the lowing of cattle,
And the clang of' the bluebells is death to my liver,
And the roar of the dandelion gives me a shiver,
And a glacier, in movement, is much too exciting,
And I'm nervous, when standing on one, of alighting—
Give me Peace; that is all, that is all that I seek…
Say, starting on Saturday week.
—A.A. Milne

“From a Full Heart” is the confession of a man who does not welcome war—he longs for the quiet pleasures of a simple life. The First World War has not changed the man, but rather exacerbated his fears: chilled by the sound of guns, he now startles at the “clang of bluebells” and the “roar of a dandelion.” His plans after the war are absurd: he wants nothing more than to take barnacles for a run, listen to the musings of silk-worm’s egg, read to a chrysalis, and listen to a lemon seed grow. He desires nothing more than Peace.

A decade after the war had ended, Milne explained to young readers why poetry matters: “Every piece of poetry has a music of its own which it is humming to itself as it goes along … verses sing themselves into people’s heads, and stay there for ever, so that even when they are alone and unhappy they have this music with them for company.”*