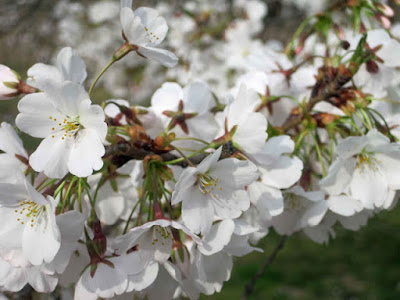 Throughout the First World War, the coming of spring brought with it the renewal of military offensive action.*  In 1915, American poet Sara Teasdale exposed the incongruity of resuming the killing during earth’s season of growth and rebirth. 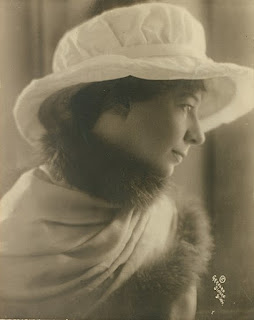 The poem contrasts lovers and graves, apple-blossoms and the grayness of death, underscoring  the terrible irony of war-time spring offensives with the abbreviated, truncated lines that conclude each stanza. In the spring of 1917, as America prepared to enter the war, Teasdale wrote to her sister-in-law, “The feeling here is growing more and more acrid all the time.” Commenting on public displays that supported the war, she continued,
How much of this is bona fide patriotism, I don’t know. It makes me heart-sick for it represents such terrible loads of sorrow to be borne later when our men are maimed and killed by the thousands.  It is staggering when one thinks of the four thousand years of so-called civilization on this planet—that it culminates now in the most brutal and tremendous bloodshed that the world has ever seen.*
-------------------------------------------------------------------------------------------
* For an example of a poem that celebrates war in springtime, see Rawnsley’s “Going to the Front,” which begins,
I had no heart to march for war﻿
﻿When trees were bare and fell the snow;
To go to-day is easier far
﻿﻿      When pink and white the orchards blow…
Teasdale's poem "There Will Come Soft Rains" (1920) can also be found on this blog.
**Qtd. in William Drake, Sara Teasdale, Woman and Poet, U of Tennesee Press, 1989, p. 169.
Posted by Connie R. at 12:41 PM 2 comments: 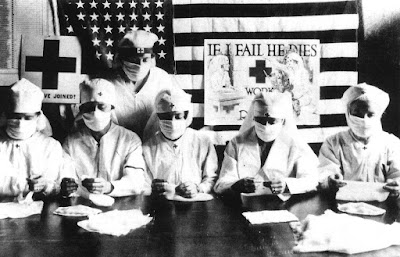 The 1918-1919 influenza pandemic has been described as “World War I’s darker twin.”* The outbreak of Spanish flu began in 1918, and by the time the world-wide plague had ended, it had become the deadliest pandemic in human history, claiming an estimated 50 - 100 million victims** – vastly exceeding even the millions of war deaths.  Researchers believe that as many as “one third of the world’s population were infected,” and the fatality rate was exceptionally high: at least 2.5% of those infected died.*** The disease was most deadly among the young and healthy, as their robust immune systems violently overreacted to the virus.  Those affected “coughed blood and bled from the nose. Death was usually caused as bacteria invaded the lungs, turning … [them] into sacks of fluid and thus effectively drowning the patient.”†

While the origins of the pandemic are disputed, “no one disagrees about its path: it followed the war.”†† An anonymous poem published (curiously) in Nice Poems by Nice War Workers (1919) uses dark humor to comment on pervasive menace of the illness.  Influenza was the answer to every medical question – too often, the final answer. 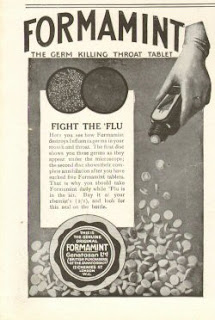 When your head is blazing, burning
And your brain is turning,
Unto buttermilk from churning,
It’s the Flu.
When your joints are creaking, cracking,
As if all the fiends were racking,
All the devils were attacking,
It’s the Flu.
It’s the Flu, Flu, Flu
Which has you, you, you,
It has caught you and has got you
And it sticks like glue.
It’s the very latest fashion,
It’s the doctor’s pet and passion,
So sneeze a bit and sneeze a bit—
Ka-chew, chew chew.
When the stomach grows uneasy,
Quaking, querulous or queasy, 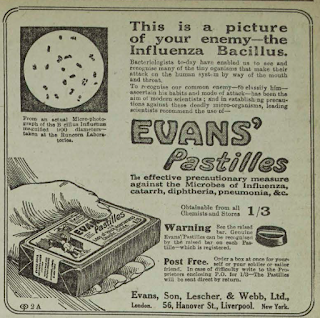 All dyspeptic and diseasy,
It’s the Flu.

Thanks to Lucy London for help with "ciseasy/diseasy" and for finding an alternative version of this poem published in the Jan. 1919 Coal Mining Review.
Posted by Connie R. at 8:20 PM 1 comment: