The First World War began on July 28, 1914, lasted 1,568 days, and ended on November 11, 1918. But while international conflicts and combat can be marked on timelines, the human experience of war is not as neatly circumscribed.  Well before the war was over, in 1916 Scottish writer Mary Elizabeth Boyle published a collection of thirty sonnets, dedicated “To David, my brother, killed at Le Cateau, August 26th, 1914.”  Her book of poems was titled Aftermath.

III.
Do you remember one September night
We watched the summer lightning scar the sky,
The while Aurora flickered? You asked “Why?”
Is this the world’s end, this unearthly light,
Shall we go home?” “No, stay and see the sight,
Better to die outside,” was my reply.
And as we watched an owl gave one long cry,
A shriek, as of a soul gone mad with fright. 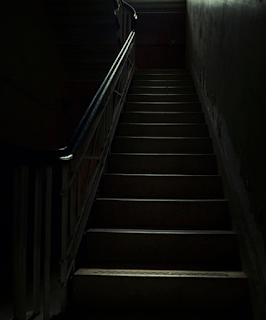 “End of the world,” to us meant nursery tales,
Dramatic, fearsome, so our old Nurse said,
An overwhelming sea in which souls toss.
A soldier’s death, Fate weighed you in her scales,
Then growing weary, on my shoulders laid
The paralysing sense of daily loss.

V.
Sometimes I hear your footstep on the stair,
A curious way you scuffled slippered feet,
And am inclined to run halfway and meet
You on my threshold. Waiting in my chair,
Grow cold, whilst thinking you were really there,
There were no pause before you came to greet.
A laugh, an extra scuffle, movement fleet
To silence protest, light pull of my hair
To tilt my face, so eyes could laugh at eyes,
The mirror would reflect two faces gay.
Instead it shows a woman staring, blank,
Whose ears are traitors, telling wished for lies,
Whose eyes are blinded, looking far away
Unto last August, when her youth’s sun sank.
—Mary Elizabeth Boyle

Bond of Sacrifice, a book commemorating British officers who fell early in the war, reports that Mary’s brother David Erskine Boyle had attended Malvern College “where he was a school prefect, head of his house, in the cricket XXII, the football XI, and in the Officers’ Training Corps....When he was killed, he was in the act of summoning aid for a fellow officer who had just been wounded. He was buried by his own men close to where he fell.” By the war’s end, Lt. David Boyle’s body could not be located; he is commemorated on the memorial to the missing at La Ferte-sous-Jouarre.

Mary Elizabeth Boyle spent the war in Glasgow, and for a time, managed a home for fifty Belgian refugees.  After the war, she became the life-long assistant to French archaeologist Abbé Henri Breuil, and together they pioneered the discovery and interpretation of prehistoric cave paintings.

In her Introduction to Aftermath, Mary Boyle wrote,
My brother gave his life. I have so little to offer, my thirty tiny songs. I give them to those who need them.  Let the stones of literary criticism fall from your hands, or use them to build a cairn, as we do in the north, to the memory of a very gallant young soldier, and a great mutual love.