Ghosts of the Great War


“People see ghosts, they see images of their mothers, they see dead comrades,” Canadian historian Tim Cook reports from his archival research of First World War letters and diaries.* For example, Sergeant Frank S. Iriam’s description of the Western Front, taken from his memoir, In the Trenches 1914-1918, provides one such account of the supernatural:
This part of the line had a weird and gruesome look that seemed to whisper of death and devastation. The very ground here seemed to speak and the night wind seemed to pluck at your sleeves and counsel you beware. You could feel the pulse of the thousands of the dead with their pale hands protruding through the mud here and there and seeming to beckon you .... You could feel the presence of something not of this earth. Akin to goblins.**

Winifred Letts, an Anglo-Irish writer who served as a VAD and a masseuse for wounded soldiers, published a collection of war poetry in 1916 titled Hallow-e’en and Poems of the War. “Halloween, 1915,” describes those on the home front who welcome the “ghosts of our well-beloved dead.” A previous post on this blog also discusses the popularity of spiritualism during the First World War.  Letts’ poetry includes numerous references to the spirit world; one example is her twilight-lit, melancholic poem “If Love of Mine.”

If Love of Mine

If love of mine could witch you back to earth 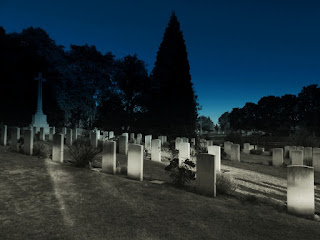 It would be when the bat is on the wing
The lawn dew-drenched, the first stars glimmering,
The moon a golden slip of seven nights’ birth.
If prayer of mine could bring you it would be
To this wraith-flowered jasmine-scented place
Where shadow trees their branches interlace;
Phantoms we’d tread a land of fantasy.
If love could hold you I would bid you wait
Till the pearl sky is indigo and till
The plough show silver lamps beyond the hill
And Aldebaran† burns above the gate.

If love of mine could lure you back to me
From the rose gardens of eternity.
—Winifred Letts 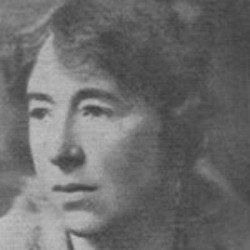 In her poem “Loss,” Letts writes, “In losing you I lost my sun and moon / And all the stars that blessed my lonely night.” The poem concludes, “I lost the master word, dear love, the clue /That threads the maze of life when I lost you.”

American writer Helen Mackay was in France when the war broke out. Her diary, later published as Journal of Small Things, records “random memories of a sympathetic friend of France… [and] describes what she saw during the opening stages of the war in Paris and in provincial towns.”*  Struck by the human cost of the war, Mackay describes a dépôt d’éclopés (literally translated as a depot for the lame, the term generally applied to men no longer able to fight).
The dépôt d’éclopés is just beyond the town, on the Roman road ….. All day long, and every day, as many of the éclopés as can get about, and do not mind that the road see them, and can find space in the shade of the plane tree, sit there, and look up and down the sunshine and the dust.
Some of them have one leg, and some of them have one arm. There is one of them who is packed into a short box on wheels. He sits up straight in the box, and he can run it about with his hands on the wheels.  There is another in such a little cart, but that one has to lie on his back, and cannot manage the wheels himself. There is one who lies on a long stretcher, that they fix on two hurdles.
There are two who are blind. The two blind men sit, and stare and stare…. The two blind men at the gate who stare and stare, they cannot see the golden town or the golden mountains. They cannot see the compassion and the kindness that there is for them in the faces of all those who look upon them.**

Mackay’s poem “Quinze Vingt,” alludes to the name of the National Ophthalmology Hospital in Paris; the expression was used in French to refer to a blind person. 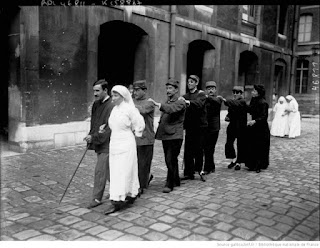 Their last sight was the red sight of battle,
and they will see no other thing,
down all their lives.
They sit in darkness,
and are very silent.
They are all young,
and all their lives they must sit still,
in darkness.

Hopelessness is thick and dense.
It has no wet of tears.
One could take hopelessness in one’s hands,
and make a bandage of it 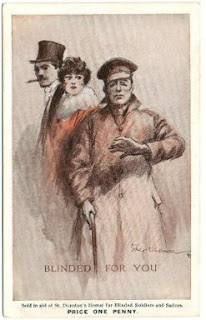 to bind about one’s eyes.

It would be dry and stiff,
and hurt one’s eyes.

They are all young and strong.
They will have long to live,
and to be blind.
—Helen Mackay

It is not only blindness that the soldiers must endure “down all their lives,” but the hopelessness that hangs like a coat by the door of any man who attempts to venture out into a world he cannot see.  Outside their homes, the blind, though young and strong, must endure dependency and pity. Losing their sight, they have stumbled into lives of paralyzing vulnerability that stretch as far as their eyes cannot see.

In his war memoir Toward the Flame, Hervey Allen remembers a night near Chateau Thierry when he learned of a friend encamped nearby: “Francis Hogan, a friend of mine, was in that regiment [4th US Infantry], and I determined to see him that night. It was one of those decisions that comes of itself and leaves no doubt in your mind that it is what you are going to do.” Despite getting lost and nearly stumbling into German lines, Allen found Hogan, and the two men sat in the dark and “shared a close talk.”* It would be the last time they would meet: Hogan was killed in the Meuse-Argonne offensive on October 17, 1918, less than four weeks before the war’s end.

Before enlisting in the American Expeditionary Force, Hogan studied at Carnegie Tech in Pittsburgh, Pennsylvania; several of his poems are included in Carnegie Tech War Verse (1918).

The little leaves, the little leaves,
I wonder if they know
The reason for the thundering
That makes them tremble so;
Or do they think the rain will come
And then a quiet sun?
Ah, many days there’ll be
Before the war is done.

The little birds, the little birds,
I wonder if they see
The reason for the bursting shell
That tears the nesting tree;
Or do they think the hunt is on,
And they must take to flight?
Ah. there’ll be hunts on many hills
Before the world is right.

The little vines, the little vines,
I wonder have they found
Why yonder soldier lies so still,
And what has stained the ground;
Or do they think that wine is red,
And men who drink, drink deep?
Ah, many more shall drink with him
And he still lie asleep.
—Francis F. Hogan

There have always been boys and girls who insisted on being poets. Why, nobody knows; but the phenomenon has a depressing effect upon those who feel that this is no world to be a poet in.  Being a poet is a pretty risky way, one hears, of living one’s life.  But others regard it as a fine thing to be young and to be a poet.  And to be young and to be a poet in an age when the world is vastly disturbed and there is a great fight to be fought for liberty,—such a destiny has seemed altogether glorious to-day in the eyes of many a young man and young woman.  And to go forth and to die as a poet, what other destiny is like this? 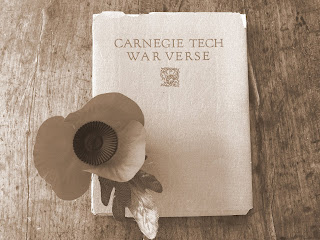