“In Flanders Fields,” written by Canadian physician John McCrae in May of 1915, was published in Punch magazine December 8, 1915.  The poem quickly became one of the most popular poems of the war, set to music, quoted by politicians, and used to inspire the purchase of war bonds. Joel Baetz  notes, “Within two years it had been reprinted so many times that McCrae, who was initially surprised and humbled by its publication, was uninterested in later iterations and annoyed by its continual misuse.”* 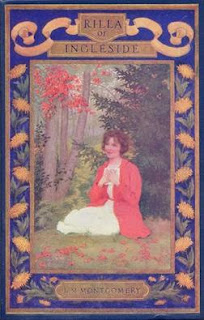 The poem also inspired many response poems, among them “The Piper,” written by Canadian author Lucy Maud Montgomery, author of Anne of Green Gables. The first Anne book was published in 1908, but Montgomery continued to write about the adventures of Anne and her family. In her 1921 novel, Rilla of Ingleside, Anne’s son Walter Blythe joins the Great War, enlisting with the Canadian forces. Before volunteering, Walter says to a friend, “Before this war is over … every man and woman and child in Canada will feel it … You will weep tears of blood over it. The Piper has come—and he will pipe until every corner of the world has heard his awful and irresistible music. It will be years before the dance of death is over … And in those years millions of hearts will break.”**

While at the front, Walter writes a poem, a “short, poignant little thing” that gains immediate popularity, as described in the novel:
Everywhere it was copied—in metropolitan dailies and little village weeklies, in profound reviews and “agony columns,” in Red Cross appeals and Government recruiting propaganda. Mothers and sisters wept over it, young lads thrilled to it, the whole great heart of humanity caught it up as an epitome of all the pain and hope and pity and purpose of the might conflict, crystallized in three brief immortal verses. A Canadian lad in the Flanders trenches had written the one great poem of the war. “The Piper,” by Pte. Walter Blythe, was a classic from its first printing.***

In the novel, when “The Piper” is read at public gatherings, crowds respond with cries of “We’ll follow—we’ll follow—we won’t break faith.”†  The novel’s poem was almost certainly inspired by McCrae’s “In Flanders Fields.” But in Rilla of Ingleside, the poem itself is never included. It was only in 1942, in the midst of the Second World War, that Montgomery included "The Piper" in the manuscript for The Blythes Are Quoted, the last work she would write. At the start of that book, she explains, “In my books Rainbow Valley and Rilla of Ingleside, a poem is mentioned, “The Piper,” supposed to have been written and published by Walter Blythe before his death in the First World War. Although the poem had no real existence many people have written me, asking where they could get it. It has been written recently, but seems even more appropriate now than then.”

One day the Piper came down the Glen …
Sweet and long and low played he!
The children followed from door to door,
No matter how those who loved might implore
So wiling the song of his melody
As the song of a woodland rill.

Some day the Piper will come again
To pipe to the sons of the maple tree!
You and I will follow from door to door,
Many of us will come back no more …
What matter that if Freedom still
Be the crown of each native hill?
—Lucy Maud Montgomery

In Rilla of Ingleside, Walter is killed in 1916 at the attack on Courcelette, but in his last letter to his sister Rilla, written the night before his death, he explains that he has seen a vision of the Piper:
I was doing sentry-go and I saw him marching across No-man’s-land from our trenches to the German trenches—the same tall shadowy form, piping weirdly, —and behind him followed boys in khaki. Rilla, I tell you I saw him—it was no fancy—no illusion. I heard his music, and then —he was gone. But I had seen him—and I knew what it meant—I knew that I was among those who followed him.
“Rilla, the Piper will pipe me ‘west’ tomorrow. I feel sure of this. And Rilla, I’m not afraid. When you hear the news, remember that. I’ve won my own freedom here—freedom from all fear. I shall never be afraid of anything again—not of death—nor of life, if, after all, I am to go on living. And life, I think, would be the harder of the two to face, —for it could never be beautiful for me again. There would always be such horrible things to remember—things that would make life ugly and painful always for me. I could never forget them. But whether it’s life or death, I’m not afraid, Rilla-my-Rilla, and I am not sorry that I came. I’m satisfied. I’ll never write the poems I once dreamed of writing—but I’ve helped to make Canada safe for the poets of the future—ay, and the dreamers, too … †† 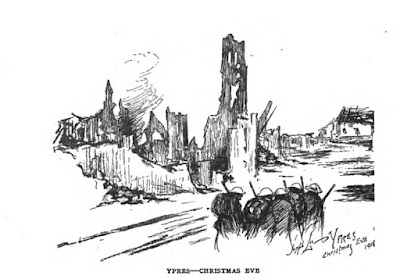 First World War soldier Joseph Lee has been called Scotland’s Forgotten War Poet. Although he was nearly 40 years-old when war was declared, Lee joined to fight with the Royal Highlanders and King’s Royal Rifle Corps until he was captured as a German prisoner of war in 1917. “The Black Watch Poet of Dundee” was one of the more popular soldier-poets during the war, and Lee published two volumes of poetry, accompanied by his own illustrations. His sober meditation on the coming of the new year appears in his second volume, Work-a-day Warriors (1917).

The Return O’ the Year 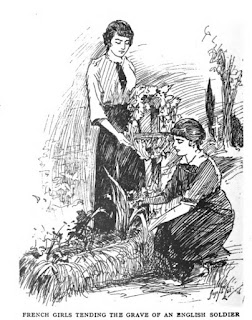 Year after year the bud,
And the bird upon the tree,
But my fond love wha sleeps so sound,
He never comes back to me.

The sun and the moon and the stars,
And the clouds fade from the sky,
And the last leaves fall from the lifeless trees—
It’s O, that I might die! 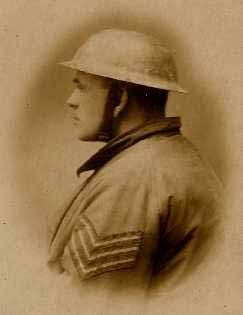 A reviewer from the Spectator said of Lee’s first war poetry collection, “Of the verse that has come straight from the trenches, the Ballads of Battle by Lance-Corporal Joseph Lee, of the Black Watch, are among the very best … The horror, the exultation, the weariness, and the humour of trench warfare are here ... Corporal Lee’s spirited sketches and portraits add greatly to the attractiveness of this little volume which is dedicated to the comrades in arms so faithfully and affectionately portrayed in his verse.”*