To My Brother Killed 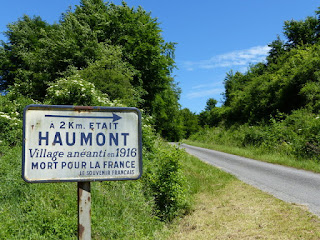 Just twenty kilometers north of Verdun lie the ruins of a village that no longer exists. As you approach the deserted site, a small sign announces, Haumont: Village destroyed in 1916, Died for France.  Ghostly life-sized photographs of townspeople who once lived in Haumont stand silently amidst the tumbled remains of bunkers and sunken trenches.  By the time the Germans captured Haumont in late February of 1916, nothing of the village remained. They strongly fortified and stubbornly defended the site, and only after fierce struggle was it retaken by American and French forces in October of 1918.

In 1920, the village of Haumont was designated a “red zone”—unfit for habitation. A plaque informs visitors that rebuilding was prohibited due to the large quantity of explosives that still lie buried in the ground (ammunition is still being uncovered today), the pollution of springs by the decaying bodies of men and horses buried there, and the still-present dangers of land that was subjected to mustard gas attacks and war-time pollutants.

Thousands died at Haumont, but one was the beloved older brother of American poet Louise Bogan. Private Charles J. Bogan served with the 104th Massachusetts Infantry and was killed on October 17, 1918, less than a month before the war ended.  Some time in the 1920s, his sister wrote the poem she dedicated to him, then sent it in a letter to a friend, without keeping a copy. When Rolfe Humphries returned the poem to Bogan in 1935, she included it in her 1937 volume of poems, The Sleeping Fury.*

O you so long dead,
You masked and obscure,
I can tell you, all things endure:
The wine and the bread;

The marble quarried for the arch;
The iron become steel;
The spoke broken from the wheel;
The sweat of the long march;

The hay-stacks cut through like loaves
And the hundred flowers from the seed;
All things indeed
Though struck by the hooves

Of disaster, of time due,
Of fell loss and gain,
All things remain,
I can tell you, this is true.

Though burned down to stone
Though lost from the eye,
I can tell you, and not lie,--
Save of peace alone.
— Louise Bogan 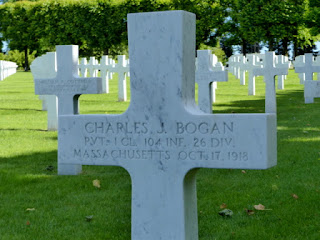 Charles Bogan’s family most likely visited his burial place several years after the war’s end, as photos of Charles’ grave taken in 1920 are among Louise Bogan’s papers.  The family would have seen the wreckage of war: broken wheel spokes, rusted weapons, fields of poppies and cornflowers. And they might have imagined Charles’ last days: exhausting marches, roads churned into muddy ruts, harvests ruined and scattered.

But what has lasted? Bogan’s poem announces that everything has endured, everything will endure—even the decaying remains of the soldier—everything but peace. 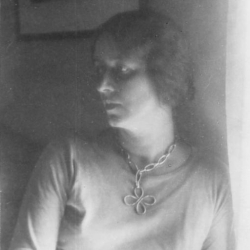 
“The natural world often remains a voiceless casualty of war,” writes Tait Keller in his essay “Destruction of the Ecosystem.”*  In his poem “The Windmill,” British soldier and writer A.P. Herbert listens to the landscape of the Great War and invites it to tell its story.

Then, ah, then, ’twas a land worth winning,
And now there is naught but the naked clay,
But I can remember the Windmill spinning,
And the four sails shone in the sun that day.

But the guns came after and tore the hedges
And stripped the spinneys and churned the plain,
And a man walks now on the windy ledges,
And looks for a feather of green in vain;
Acre by acre the sad eye traces
The rust-red bones of the earth laid bare,
And the sign-posts stand in the market-places
To say that a village was builded there. 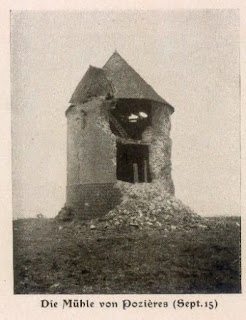 But better the French fields stark and dying
Than ripe for a conqueror’s fat content,
And I can remember the mill-sails flying,
Yet I cheered with the rest when the Windmill went.

Away to the east the grass-land surges
Acre by acre across the line,
And we must go on till the end like scourges,
Though the wilderness stretch from sea to Rhine;
But I dream some days of a great reveille,
When the buds shall burst in the Blasted Wood,
And the children chatter in Death-Trap Alley,
And a windmill stand where the Windmill stood.

Before the war, the countryside is a living thing: green fields sleep, small villages hide in leafy woods, and church towers peep above the tree tops.  In the midst of playful leisure stands the Windmill. Named as if human, the Windmill's sails spin in the sun, almost as if it aspires to flight.

But men bring war. They tear at the bodies of hedges, expose the bones of the earth, strip the woods naked, annihilate the village, and destroy the Windmill. And Herbert’s poem records that despite admiring the Windmill’s proud beauty, he “cheered with the rest when the Windmill went.”

Herbert does not deny the British army’s responsibility for the devastation, but explains “we must go on till the end like scourges,” even if it means that “the wilderness stretch from sea to Rhine.” He justifies the obliteration of the French countryside, preferring that it be utterly destroyed rather than surrendered to German control.

“The Windmill: A Song of Victory” proclaims that the landscape will rise from the ashes like a phoenix, and that even the death of soldiers will prove to be a meaningful sacrifice: “For our sons shall come in the new beginning/ And see that the Windmill spins again.”