Twenty-eight-year-old German poet and playwright Hugo Ball greeted the outbreak of the First World War with enthusiasm, declaring in his early poem “Splendor of the Flag” (“Glanz um die Fahne”) that the corrupt world could be renewed by “abandoning itself to the primitive energy released by the conflict.”* In the early months of the war, Ball volunteered repeatedly for the German army, but three times was turned down due to a heart condition. Wanting to see the war first-hand, he traveled to Belgium, where his ideals were shattered. In his diary, he protested, “the war… is based on a stupid mistake; men have been mistaken for machines; it is the machines that should be decimated, not the men.”° By November of 1914, at the Belgian front, he wrote that “the world had fallen prey to diabolical madness.”°°

Upon returning to Berlin, Hugo Ball’s anti-war stance made life nearly impossible, and in May of 1915, he emigrated to Switzerland. Less than a year later, he and a group of fellow writers and artists opened Zurich’s Cabaret Voltaire, a nightclub that mixed avant garde entertainment with politics, giving rise to the Dada movement.  One of the more shocking cabaret numbers was a poem Ball had written, “Totentanz 1916” (Dance of Death), a parody of a German marching tune and the popular cabaret song “That’s how we live.” With a chorus of soldiers’ voices, the performance scathingly described soldiers “engaged in an erotic dance of mutual slaughter as they thank the Kaiser for the privilege of dying.”†
A German music video of the poem (with English subtitles) can be viewed here.††

So we die, we die
And die every day,
For it is so comfortable to let ourselves slip away.
The morning, stuck in sleep and dream,
By midday already there,
Come evening deep within our graves.

The battle is our pleasure-house,
Our sun is made of blood,
Death our emblem and our password.
Child and wife we leave behind:
What use have we for them!
When we can only rely upon ourselves!

So we kill, we kill,
And every day we kill
Our comrades in the dance of death.
Brother, present yourself before me!
Brother, your breast!
Brother, that you must fall and die.

We don’t grumble, we don’t groan,
Every day we hold our tongue
‘Til our leg wrenches from the hip.
Hard is our resting place,
Dry is our bread,
The dear Lord bloodied and soiled.

We thank you, we thank you,
Herr Kaiser for your mercy,
In choosing us to die.
Sleep, sleep softly and still,
Till you are woken
By our poor bodies, shrouded beneath your lawn.
—Hugo Ball, trans. Edmund Potts†††

Scholar Patrick Bridgwater has remarked, “If Ball had been living in Germany at the time, ‘Totentanz 1916’ would have been treasonable.”‡ The poem names enemy soldiers as brothers and comrades, depicts the Kaiser as a calculating murderer, and re-imagines the glorious ideal of war as a sordid brothel. Patrick Bridgwater’s translation of the second stanza’s first line reads, “Battle is our bawdy house.”‡‡

A story to tell

When war broke out in Germany in August of 1914, German Jewish newspapers urged men to volunteer:
To all German Jews! At this hour we must again show we Jews, proud of our heritage, belong to the best sons of the Fatherland.  The nobility of our thousands of years of history demands this of us. We expect that our youth will volunteer for the flag with joy in their hearts. German Jews! We call up on you, in the sense of our old Jewish commandments, to devote yourselves with all your heart, soul and property to the service of the Fatherland.*

An estimated 100,000 Jewish soldiers joined the German army, and for every eight of those who enlisted, one was killed -- 12,000 died in the First World War.**

Much as Israel’s King David asked God in the imprecatory Psalms to punish his enemies, Jewish rabbis led prayers for the destruction of Germany’s foes:
Our Father Our King: Oppose the evil ones of the earth who are fighting against us. Send against them calamity upon calamity, breach upon breach.  Destroy them utterly by your wrath and your anger each time they attack us….Weaken their armies and swallow up their thoughts and let both them and their ships go down together into the uttermost depths….Therefore harm will not come to our country, because You will bring destruction to our foes.***

Alfred Lichtenstein, a Prussian Jew born in Berlin, was less than two months from finishing his year of compulsory military service when the war began.  Lichtenstein had graduated with a law degree in October of 1913, but in August of 1914, he was ordered to the Western Front with the 2nd Bavarian Infantry Regiment.  His friends knew him as “a clown, a wit, a man apart, possessed by a profound sense of the absurdity of the world.”†  Historian Niall Ferguson asserts, “Lichenstein has a good claim to have been the first of the anti-war poets. His ‘Prayer before Battle’ predates Sassoon’s change of style by a year and a half.”††

The troops are singing fervently, each for himself
God, protect me from misfortune,
Father, Son and Holy Spirit,
That no grenades strike me,
That the bastards, our enemies,
Do not catch me, do not shoot me,
That I don’t die like a dog
For the dear fatherland.

Look, I would like to go on living,
Milk cows, bang girls
And beat the bastard, Sepp,
Get drunk often
Until my blessed death.
Look, I eagerly and gladly recite
Seven rosaries daily,
If you, God, in your grace
Would kill my friend Huber or Meier,
And not me.

But if the worst should come,
Let me not be too badly wounded.
Send me a slight leg wound,
A small injury to the arm,
So that I may return as a hero,
With a story to tell.
—Alfred Lichtenstein,
trans. by Sheldon Gilman, Robert Levine, and Harry Radford†††

Balancing on a broken world

Although the American Expeditionary Force was engaged in combat less than seven months (from April of 1918 until November 11th), the last months were the deadliest.   Two-thirds of American military deaths occurred between September of 1918 and the Armistice.* In addition to combat deaths, the world was also reeling from one of the deadliest pandemics in history.  The Spanish flu killed more than 50 million people between 1918 and 1920—an estimated 2.5 - 5% of the world’s population.**

This afternoon was the colour of water falling through sunlight;
The trees glittered with the tumbling of leaves;
The sidewalks shone like alleys of dropped maple leaves,
And the houses ran along them laughing out of square, open windows.
Under a tree in the park,
Two little boys, lying flat on their faces,
Were carefully gathering red berries
To put in a pasteboard box.
Some day there will be no war,
Then I shall take out this afternoon
And turn it in my fingers,
And remark the sweet taste of it upon my palate,
And note the crisp variety of its flights of leaves.
To-day I can only gather it
And put it into my lunch-box,
For I have time for nothing
But the endeavour to balance myself
Upon a broken world.
—Amy Lowell

It is no easy task to balance upon a broken world. In early September of 1918, Lowell received a letter from author D.H. Lawrence, who related news of their mutual friend, British soldier and poet Richard Aldington, reporting that Aldington was “still all right – in France, back of the firing lines.” Lawrence then confessed to feeling overwhelmed in a world spiraling out of control:
I can’t do anything in the world today—am just choked. – I don’t know how on earth we shall get through another winter—how we shall ever find a future. Humanity as it stands, and myself as I stand, we just seem mutually impossible to one another. The ground dwindles under one’s feet—what next, heaven knows.†
Lowell also felt unmoored, set adrift by the violent changes accompanying the war.  Explaining to a colleague, she said,
The war has shaken us out of an eddy into the main stream of the centuries, and has given me the sensation of swirling along on a rapidly moving current, passing woods and water-plants and shores almost too fast to glimpse them, realizing as I pass that many other shingles like me have rushed down this same river, rushed toward something which I cannot now see.†† 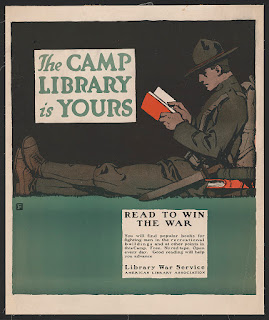 The Black Watch Poet of Dundee


“A gash goes through all our lives, and that gash is the war.  With a brutal hand it has torn our lives in two.”
—Willibald Hanner, German disabled veteran of the First World War*

Two million German soldiers died in World War I, and the International Encyclopedia of the First World War estimates, “Taking into account those who lost two or more children…at least 1 million [German] parents grieved for their sons.”**  Medical research has found that grief can be literally heart-breaking; the risk of suffering a heart attack is 21 times greater for individuals in the 24-hour period following news of a loved one's death than before, and it is 6 times greater in the week following the experience of grief.†

Lee published an even briefer poem on the same theme in his second collection of war poetry, Work-a-Day Warriors:

Maidens and matrons; mothers o’sons,
How many have fallen a prey to the guns?
—Joseph Lee

It is impossible to determine how many died of grief during the First World War.  Known as the “Black Watch poet,” Lee and his battalion fought at Festubert, Neuve Chapelle, Aubers Ridge, and the Battle of Loos.  During the war, Lee was one of the more popular of the trench poets; Ballads of Battle “was relatively successful at the first run, becoming increasingly popular as the public started to take note, and eventually three further prints were run.”†† The London Spectator's review of Lee's war poetry was enthusiastic:
Of the verse that has come straight from the trenches, the Ballads of Battle, by Lance-Corporal Joseph Lee, of the Black Watch, are among the very best. In him the “Jocks” have found a true interpreter. The horror, the exultation, the weariness, and the humour of trench warfare are here, and at the back of it all the vision of “the little croft beneath the Ben.”°

During the Battle of Cambrai, Lee was taken prisoner by the Germans.  He survived the war and returned to a career in journalism, dying in Dundee in 1949.  His poem “Epitaph,” which appeared in Work-a-Day Warriors (1917), is a fitting tribute to Scotland’s forgotten war poet:

Where the long trench twines snake-like
To keep the foe at bay,
There be the place to lay me,
And this be what you say: