But for a Dream


In September of 1916, as the Royal Dublin Fusiliers prepared to join the fight at the Battle of the Somme, their leader, a thirty-six year old father, wrote a poem that looked back to Christ’s birth and dedicated it to one of his most precious treasures, his three-year-old daughter, Elizabeth.

To My Daughter Betty, The Gift of God
(Elizabeth Dorothy)

In wiser days, my darling rosebud, blown
To beauty proud as was your mother’s prime,
In that desired, delayed, incredible time,
You’ll ask why I abandoned you, my own,
And the dear heart that was your baby throne,
To dice with death. And oh! they’ll give you rhyme
And reason: some will call the thing sublime,
And some decry it in a knowing tone.
So here, while the mad guns curse overhead,
And tired men sigh with mud for couch and floor,
Know that we fools, now with the foolish dead,
Died not for flag, nor King, nor Emperor,
But for a dream, born in a herdsman's shed,
And for the secret Scripture of the poor.
--Thomas Kettle

The poem sits on the knife-edge of the present: it begins by looking to the future, and it ends in reflecting on the past as it wraps present, past, and future into a single vision of purpose. In the first lines, thinking ahead to the future, Tom Kettle anticipates the arrival of “wiser days” when the rosebud matures into beautiful bloom, and his young daughter becomes a woman.  He describes her coming of age as a “desired, delayed, incredible time,” and the steady rhythm of the alliterative ‘d,” holds together the sense of growing up both too quickly and too slowly, all of the changes unbelievable as they unfold and unfurl like the petals of the rose.

Kettle envisions his daughter's questions about her father and his motivations for leaving her to die fighting for Britain in a war that wasn’t popular in Ireland.  Anticipating that others will try to twist his motivations to suit their agendas, he composes his personal answer to his daughter-of-the-future in the second half of the poem, shaping beauty and meaning out of a war that offered little of either.

Kettle wants his daughter to know that he didn’t die for a country, but “for a dream,” for tidings of great joy and reconciliation that were revealed in a humble stable, that were for all people, but especially for the poor in spirit, for the humble who are promised the kingdom of heaven.  And looking again at the title, one can admire the perfect rightness and double meaning of “The Gift of God,” recalling both his daughter and the baby born in the “herdsmen shed.”

Kettle’s wife, Mary, wrote “What chiefly appealed to him in Catholicity was its mystery and its gospel of mercy.  He abjured the self-righteous who, he used to say, went round as if they were “live monuments erected by God in honour of the Ten Commandments.”

Writing about the Western Front, a place that seemed very far from heaven, mystery, and mercy, Kettle penned an essay “Silhouettes from the Front”:  “…Over there in front across No Man’s Land there are shell-holes and unburied men.  Strange things happen there.  Patrols and counterpatrols come and go.  There are two sinister fences of barbed wire, on the barbs of which blood-stained strips of uniform and fragments more sinister have been known to hang uncollected for a long time.  The air is shaken with diabolical reverberations; it is stabbed with malign illumination as the Very lights shoot up, broaden to a blaze, and go out.”

This is a man who knows war, yet still believes in the dream.

In late July of 1916, he wrote to his wife, Mary Sheehy Kettle (who was adored by the adolescent James Joyce and believed to be the model for the young female character in the short story “Araby” and for Miss Ivors in “The Dead”), “What impresses and moves me above all is the amazing faith, patience and courage of the men.  To me it is not a sort of looking-down-on but rather a looking-up-to appreciation of them.  I pray and pray and am afraid! –they go quietly and heroically on.  God bless them and make me less inferior to them.” 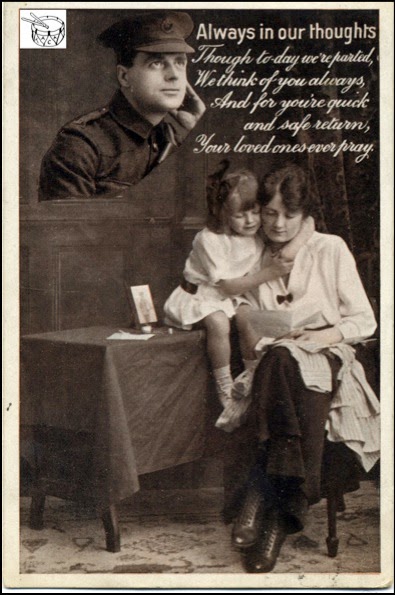 And a few weeks later, again in a letter to his wife, he wrote, “....If God spares me I shall accept it as a special mission to preach love and peace for the rest of my life.  If He does not, I know now in my heart that for anyone who is dead but who has loved enough, there is provided some way of piercing the veils of death and abiding close to those whom he has loved till that end which is the beginning.  I want to live, too, to use all my powers of thinking, writing and working to drive out of civilization this foul thing called War and to put in its place understanding and comradeship….”

In his last letter to Mary, Tom Kettle said, “The long-expected is now close to hand.  I was at Mass and Communion this morning at 6 o.c., the camp is broken up, and the column is about to move.  It is no longer indiscreet to say that we are to take part in one of the biggest attacks of the war.  Many will not come back.  Should that be God’s design for me you will not receive this letter until afterwards.  I want to thank you for the love and kindness you spent and all but wasted on me.  There was never in all the world a dearer woman or a more perfect wife and adorable mother.  My heart cries for you and Betty whom I may never see again.  I think even that it is perhaps better that I should not see you again.  God bless and keep you!  If the last sacrifice is ordained think that in the end I wiped out all the old stains. Tell Betty her daddy was a soldier and died as one.  My love, now at last clean will find a way to you…”

Four days after writing the poem, Kettle and his men were ordered “over the top” in an assault on the German lines.  He was shot nearly immediately, and a friend wrote of the moment, “…he only lasted about one minute, and he had my crucifix in his hands.  Then Boyd took all the papers and things out of Tom’s pockets in order to keep them for Mrs. Kettle, but poor Boyd was blown to atoms in a few minutes.  The Welsh Guards buried Mr. Kettle’s remains.”