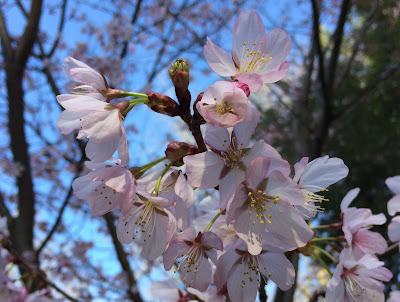 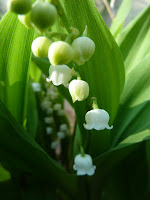 It’s a Spring morning, and April, and the world over
Beautiful girls and their lovers wake and laugh with the sun,
And flowers lift their heads, and thrushes call from the gardens,
And the War, the War, is done.

They buried her soldier-lover, heaped the earth over,
Beautiful girls and their lovers wake, but he does not stir,
They buried him cold at night with Love and Youth and Laughter,
And the sad, sad heart of her.
—May Wedderburn Cannan*

“It’s a Spring Morning” appears in The Splendid Days (1919), the book of poetry May Cannan dedicated to B.B.Q.-C., her fiancé, Bevil Brian Quiller-Couch.  May and Bevil had known each other nearly all their lives, as their fathers were close friends, but they didn’t become engaged until after the war had ended. 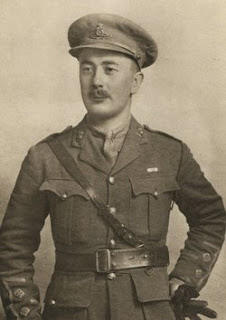 Quiller-Couch had entered the Great War in its early days, and for four years saw some of the heaviest action, fighting with the Royal Field Artillery at Mons, Aisne, the First Battle of Ypres, Festubert, the Somme, the Third Battle of Ypres, and Cambrai. In the first letter he sent to May in early 1915, Bevil wrote, “Things are very quiet now after the strenuous days of the Aisne and Ypres… I hope we shall be dancing together again this time next year.” A year later, he was still in France, and wrote to her from the Somme: “The noise is deafening day and night without even ten minutes peace … we are digging like moles … you should see me, black with dust and dirt, burnt with the sun and always hot.”  In 1917, May sent him a copy of her first published book of poems In War Time, and Bevil replied,
If a heathen can be grateful for a work of art, I feel he must write and thank you for the pleasure it gave to read these poems.  Out here I have read more books than during the rest of my life, not perhaps saying much.

Quiller-Couch’s battery fired their last shots of the war on November 5, 1918. Bevil had earlier written to May, “I shall put in for Paris leave as soon as this is over and just blow into your office”** (she was working with British Intelligence at the War Office in Paris), and on November 13th, he arrived.  May wrote in her autobiography,
… he fetched me from the Office at one and we walked down to the Pont d’Alma, and there, looking down into the waters of the Seine, hurrying by and having known other wars and other lovers, he asked me to marry him.***
Their reunion lasted five days, during which time they visited Versailles and shared riverside picnics, long walks, and meals in French cafés.  She preserved the memories in the poem “Paris Leave”:
Do you remember, in Paris, how we two dined
On your Leave’s last night,
And the happy people around us who laughed and sang,
And the great blaze of light.

And the big bow-window over the boulevard
Where our table stood,
And the old French waitress who patted your shoulder and
Told us that love was good. 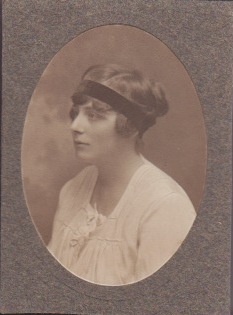 Bevil confessed to May that he had intended to propose to her before leaving for France in 1914, but after his request for leave was denied, he had come to think the better of it, reasoning that “if my family had to suffer because I was out here it was right that no more should.” May protested his decision, for as she saw it, “In thinking to save me anxiety, dear Heart, he had deprived me of the precious right to be anxious. Going alone to his war he had left me lonely in mine.”º

Required to rejoin his regiment, Bevil marched with them to Germany, where they had been assigned to post-war occupation duty. He wrote of his engagement to his father: “I know one thing—you all love May and will know that I am luckier than I deserve … I was perhaps more in luck in the whole fall of events than any man ought to be.”ºº  As Bevil was scheduled to be demobilised at the end of February, the couple set their wedding date for June 3, 1919.  On February 2, Bevil wrote to May,
I have visions of being with you about the 25th of this month…. I am writing this in bed as I am very lazy, having caught a small chill.  I have stayed in bed for breakfast; when one lived in holes in the ground I never caught chills which seems rather silly.  It must have been the sudden change.°°°
He died the morning of February 6th, a victim of the Spanish flu pandemic.  May was with his parents in Cornwall at their family home in Fowey when she learned of Bevil's death; she and his father were denied permission to travel to Germany for the funeral.  May wrote,
I think the whole town mourned for him. They had known him as a small boy in a red beret rowing his dinghy about the harbour, going fishing with Groze the boatman, sailing with his sister and his Oxford friends.  He had a smile, they said, and a greeting for everyone, and in the war when he came on leave, a man grown and with responsibilities heavy upon him and the knowledge of war, there was still the same smile and the same kindly question of how things were with them; the same invincible cheerfulness.
The wind blew in salt from the sea, and at night, looking from my window, I could see the riding-lights of the ships in the harbor…. The stars came out and hung above the hill, and dawn came and the ships put out their riding-lights, and the windows went blank and the stars faded—and he would never come home any more.†

Apart from her poem "Rouen," Cannan’s war poetry is seldom included in modern anthologies. Her poems do not bear eye-witness account to combat, nor does she protest the war.  In her autobiography, Cannan explained,
A saying went round, “Went to the war with Rupert Brooke and came home with Siegfried Sassoon.” I had much admired some of Sassoon’s verse but I was not coming home with him.  Someone must go on writing for those who were still convinced of the right of the cause for which they had taken up arms.†† 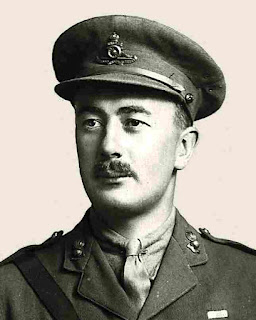 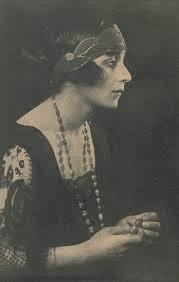