The sound of his key in the door 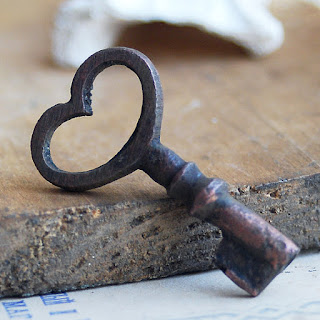 Who was the most popular poet of the First World War?  It was not Wilfred Owen -- not Siegfried Sassoon, not John McCrae,  not even Rupert Brooke.  The best-selling poet of the Great War was William Arthur Dunkerley, a teacher and the mayor of Worthing, a seaside town in Sussex.

Writing under the pen name John Oxenham, Dunkerley was 61 when the war broke out in 1914.  He never saw the battlefield and never served in the military, yet the published volumes of this "armchair poet" sold over one-million copies and were immensely popular with both soldiers and their loved ones.

Today, one-hundred years later, the writings of the best-selling poet of World War I are rarely read or included in anthologies.  David Roberts in his Introduction to Minds at War asserts, "Oxenham's popularity may be accounted for only by the fact that he was in tune with the most popular attitudes and images of soldiers," arguing that "those who wrote from the armchair" relied on "inadequate imagination" and often "showed a strange inability to grasp the nature of the war" (16 -17).

It seems curious that a poet who supposedly didn’t understand the war was able to write immensely popular poems that mirrored  the thoughts and feelings of both soldiers and civilians who lived through the war.

Oxenham's poem "His Latch Key" may explain his popularity, as the poem poignantly communicates what the war meant to those who helplessly waited for news of loved ones who had left home to fight for King and Country.

His Latch Key
by John Oxenham

("I am sending you all my keys except the latch.  That I will keep, so that some day, when I get leave, I may walk in on you unexpectedly and give you a surprise.")

And we said, "We shall know when our boy's on the way."
And we said, "We shall know when he's near."
His step we shall catch while it's still far away,
And with it an end to our fear."
"But," we said,-- "we will wait for his key in the door,
For the sound that shall tell us our waiting is o'er,--
For the joy of its rattle, so gallant and gay,
As we've heard it so often of yore.
O yes, we shall know ere he reaches the door,
For his guardian angel will fly on before
To tell us he's on the way."

And so we waited, by night and by day,
For the sound that would all our long waiting repay,--
For the sound of his key in the door.

But now,--
Well…. "All's Well!" …but we're waiting no more
For the sound of his key in the door.
It lies with him there in his lowly grave,
Out there at the Front, where his all he gave
Our lives and the Soul of Life to save,
And our hopeful vigil is o'er.
For now it is he who is waiting for us,
On the other side of The Door;
And Another stands with him there, waiting for us,
And the sound of our key in That Door.

The poem speaks of the agony of suspended lives.  In the first stanza, the word sound (or sounds) is used eight times in twelve lines, and both the second and third lines begin with the exact same phrase, “For the sound that would tell.”  The repetition of words and phrases expresses the tedium and frustration of waiting, the sense of being stuck, of being unable to move forward or break out of the anticipatory tension that permeates each and every day.

In this war, the same promises, the same battle plans, the same tragic results are occurring over and over with numbing results, just as only seven rhymes are used in the thirty-seven-line poem.  As the ears of the souls strain to hear a familiar sound from the past, they catch only the monotony of the war that stretches on into what seems like eternity.

With little fanfare, the war does extend into Eternity when those who wait learn that their soldier will never return.  The poem is silent about how that tragic news is delivered, offering only the broken off thoughts “But now,--“ and “Well….” and the stark finality of the line, “And our hopeful vigil is o’er.”

The last four lines of the poem abruptly shift both the scene and perspective.  Here is no naïve optimism, but an assent to the pain of continued waiting until such time as everyone has died.  Yet the soldier who waits on the other side of The Door is not alone in his vigil, but comforted by the presence of Another, and the last line of the poem rings with the sound of reunion.

Email ThisBlogThis!Share to TwitterShare to FacebookShare to Pinterest
Labels: oxenham