It's not all about war

Recently, I’ve been thinking a lot about the ways in which “war poetry” and “WWI poetry” are labels that suggest that these poems are only about war and only for those interested in war.  The poems deserve a wider frame of interpretation, a less literal way of listening to their voices, a bigger space in which to breathe. 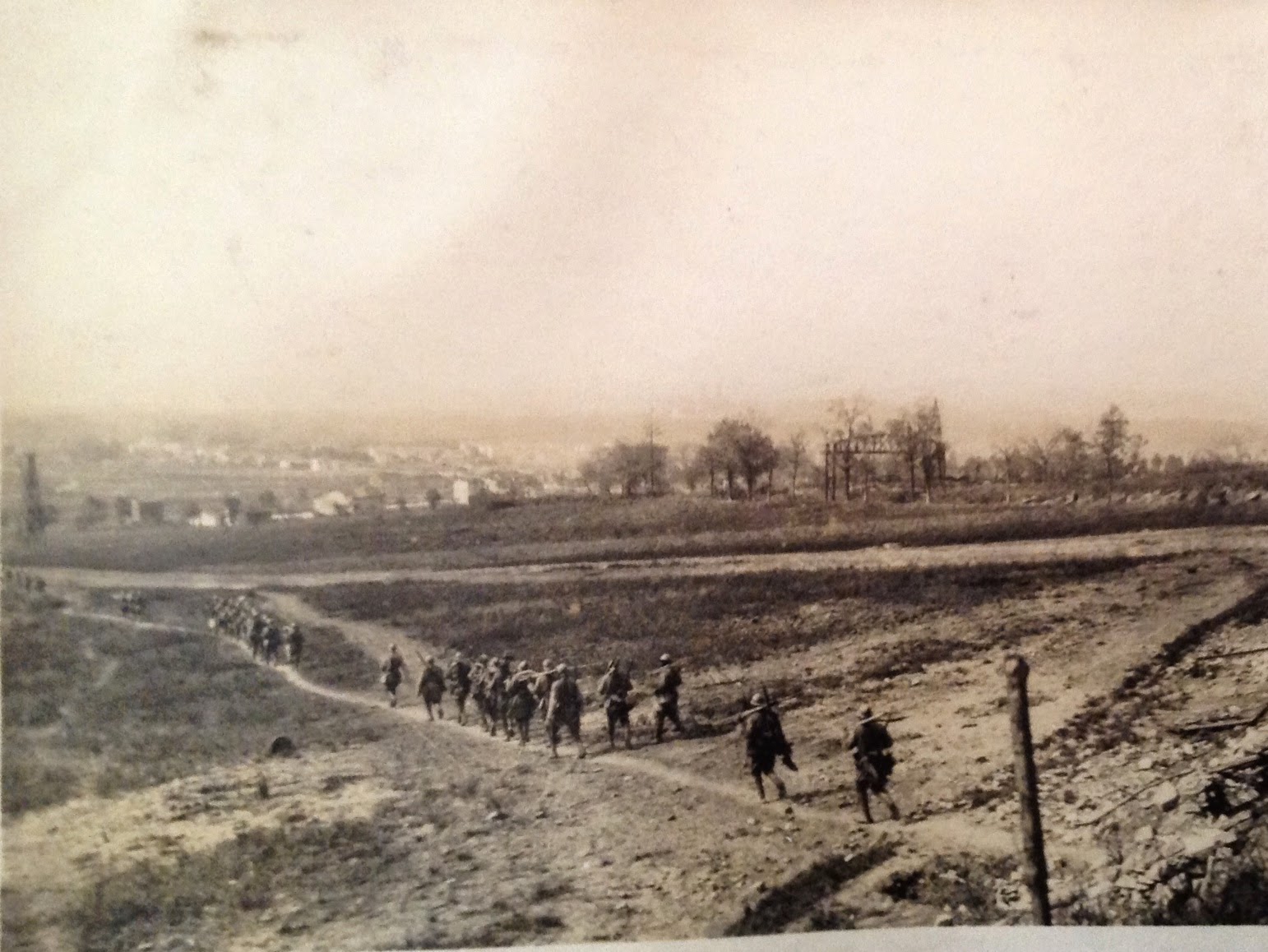 Take for example, Wilfrid Gibson’s poem, “The Question.”  It appears almost in the middle of the Penguin Book of First World War Poetry (2006), sandwiched in between “Ballad of the Three Spectres” and “The Soldier Addresses His Body.”  What is the question that Gibson’s title suggests?  Is he questioning the reasons behind the war?  The meaning of the death and suffering in the trenches?  Whether he will live or die?  Here’s the poem:

I wonder if the old cow died or not.
Gey* bad she was the night I left, and sick.
Dick reckoned she would mend. He knows a lot--
At least he fancies so himself, does Dick.

Dick knows a lot. But maybe I did wrong
To leave the cow to him, and come away.
Over and over like a silly song
These words keep humming in my head all day.

And all I think of, as I face the foe
And take my lucky chance of being shot,
Is this -- that if I'm hit, I'll never know
Till Doomsday if the old cow died or not. 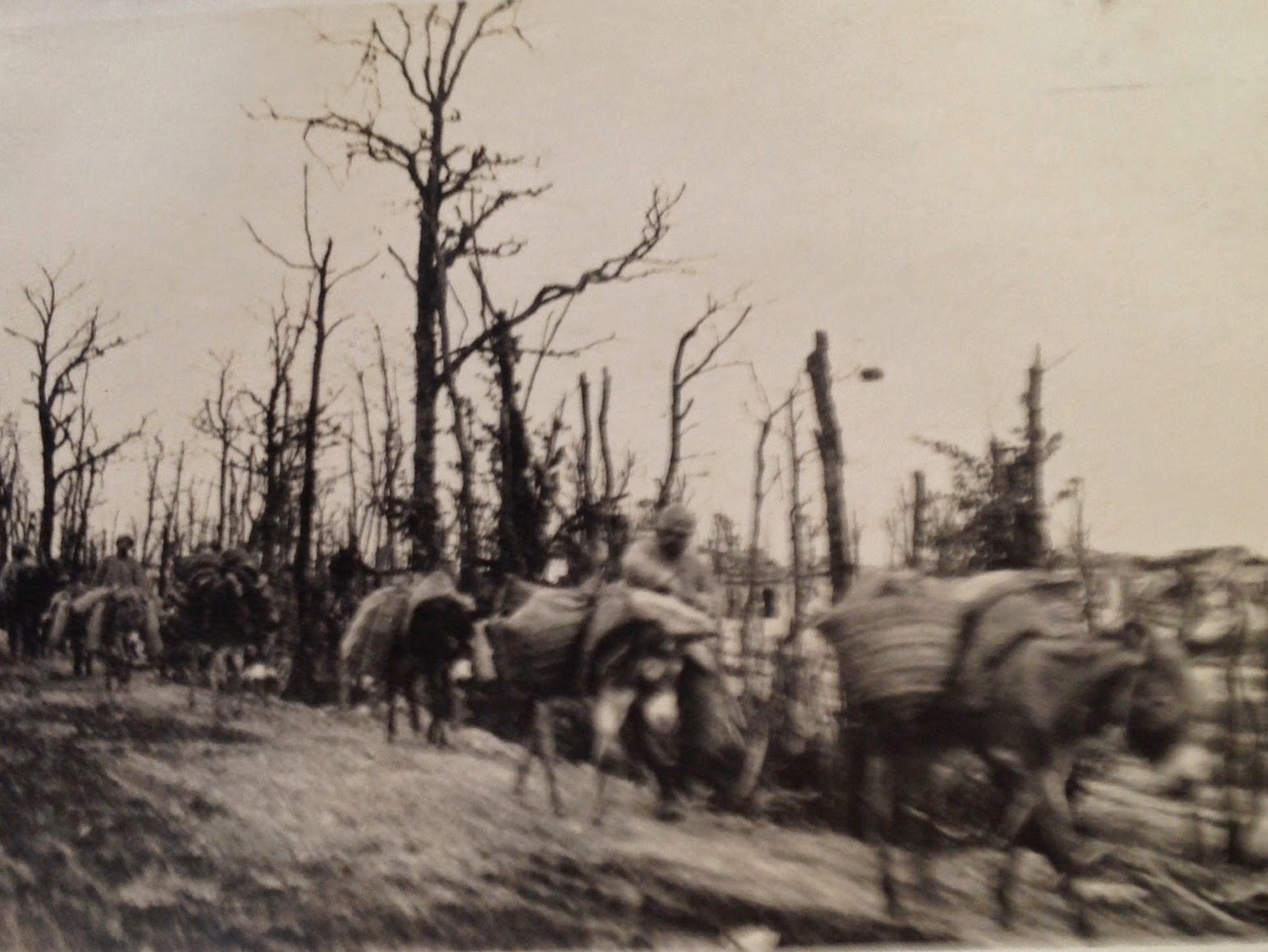 Is this a war poem?  The question that haunts this man is the fate of an old cow.  Despite the very real possibility of his own looming death and his “lucky chance of being shot,” he’s thinking of the responsibilities and things he left behind.  "The Question" is a war poem, but it’s so much more than that.


The language of the poem explores the difficulty of giving up control:  “Dick knows a lot” and “He knows a lot” are repeated twice in the short poem, suggesting that the speaker doesn’t really believe that Dick is capable and needs the incantatory power of language to make it so.  It’s a poem as much about trust and surrender as about war.

And it’s also a poem about getting stuck – as the poem begins and ends in the exact same place, with the refrain or “silly song” that won’t come unstuck:  “if the old cow died or not.”  Think back to the last time you had a silly song stuck in your head, or the time you couldn’t stop thinking about whether or not you’d turned off the stove, or the occasion on which you couldn’t stop turning over in your head a casual, hurtful comment that was made.  We’ve all become obsessed with questions and problems that we know are ultimately trivial.  Sometimes, it’s simply because we are shallow and overly concerned with surface details; sometimes, our obsession with the trivial becomes a way of coping with other realities we don’t want to face, or perhaps sometimes we just don’t have the experience or vision to see the full situation.  All we can think about is the fate of the old cow.

Whatever this man’s reason for his nagging obsession, we recognize its humanness.  And we understand a bit better that even when he faces “the foe,” he cannot stop himself from looking back towards home, a time when he was the expert who could make a difference, the time before his war began. 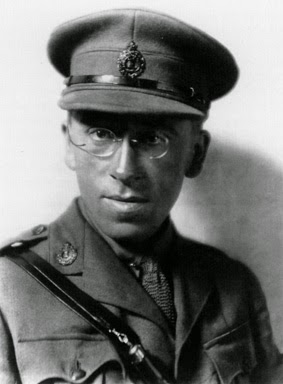 *“Gey” is a Northern dialect word from the Scots that describes a considerable quantity of something and can be translated by the word “very.”

Email ThisBlogThis!Share to TwitterShare to FacebookShare to Pinterest
Labels: Gibson