His flying was a poem

Miles Jeffery Day was one of the best-known poets in the Royal Naval Air Service during the First World War. His war poems were published in the London Spectator, and he had earned widespread recognition for his prowess as a pilot. His air combat victories qualified him as a First World War ace, and another officer remembers, “I had heard him spoken of as a young pilot in a seaplane carrier who could do things with an aeroplane that nobody else could do.”*

One of Day’s published poems was written in memory of his elder brother Dennis Ivor Day, a keen oarsman before the war who rowed for Cambridge (bow) in their win against Oxford in the 72nd Oxford/Cambridge Boat Race of 1914.  Five years older than Jeffrey, Dennis enlisted early in the war with the Royal Field Artillery. He was shot in the eye by a German sniper at Vermelles September 25, 1915 and died without regaining consciousness on Oct. 7, 1915. He was 23 years old.

Jeffery Day’s tribute to Dennis intertwines his love for his older brother with a nostalgia for the fenland scenes of their boyhood home in St. Ives, Cambridgeshire.

This will I do when peace shall come again—
peace and return, to ease my heart of pain.
Crouched in the brittle reed-beds, wrapped in grey
I'll watch the dawning of the winter's day,
the peaceful, clinging darkness of the night
that mingles with the mystic morning light,
and graceful rushes, melting in the haze,
while all around in winding water ways
the wild fowl gabble cheerfully and low
or wheel with pulsing whistle to and fro,
filling the silent dawn with sweetest song,
swelling and dying as they sweep along,
till shadows of vague trees deceive the eyes,
and stealthily the sun begins to rise,
striving to smear with pink the frosted sky
and pierce the silver mist’s opacity;
until the hazy silhouettes grow clear
and faintest hints of colouring appear,
and the slow, throbbing, red, distorted sun
reaches the sky, and all the large mists run,
leaving the little ones to wreathe and shiver,
pathetic, clinging to the friendly river;
until the watchful heron, grim and gaunt,
shows ghostlike, standing at his favourite haunt,
and jerkily the moorhens venture out,
spreading swift, circled ripples round about;
and softly to the ear, and leisurely,
querulous, comes the plaintive plover's cry.
And then, maybe, some whispering near by,
some still, small, sound as of a happy sigh
shall steal upon my senses, soft as air,
and, brother! I shall know that thou are there. 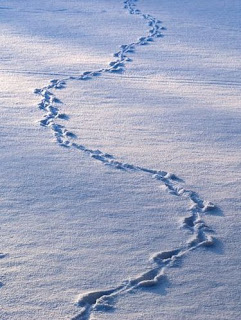 Then, with my gun forgotten in my hand,
I’ll wander through the snow-encrusted land,
following the tracks of hare and stoat, and traces
of bird and beast, as delicate as laces,
doing again the things that we held dear,
keeping thy gracious spirit ever near,
comforted by the blissful certainty
and sweetness of thy splendid company.
And in the lazy summer nights I’ll glide
silently down the sleepy river’s tide,
listening to the music of the stream,
the plop of ponderously playful bream,
the water whispering around the boat,
and from afar the white owl’s liquid note
that lingers through the stillness, soft and slow;
watching the little yacht’s red homely glow,
her vague reflection, and her clean cut spars
ink-black against the stillness of the stars,
stealthily slipping into nothingness,
while on the river’s moon-splashed surfaces
tall shadows sweep. Then, when I go to rest,
it may be that my slumbers will be blest
by the faint sound of thy untroubled breath,
proving thy presence near, in spite of death.
—Jeffery Day

Written in early 1918, “To my Brother” was one of Day’s last poems, written when he was just twenty-one years old. On March 8, 1918, the Huntingdonshire Post carried news that Jeffery Day and his plane had been shot down over the English Channel:

On the 27th February he was flying a single-seater aeroplane, accompanied by one other aviator in a similar machine, and was scouting about 20 miles north of Dunkirk, when the two aviators were attacked by a German squadron, and in the fight which followed Mr. Day’s machine was brought down. The other airman escaped and returned to Dunkirk and reported that he had seen Mr. Day’s machine fall in the sea, and had seen Mr. Day climb out of his seat on to the back of the aeroplane as it floated, and that he had a Gieves belt on. A patrol was sent out as soon as practicable, and later on the same day a second patrol was sent out, and on the following morning a third, but all returned without being able to find any traces either of Mr. Day’s aeroplane or of him. As it was reported by the aviator who accompanied that no surface craft were in sight, the only hope that remains is that Mr. Day may have been picked up by a submarine and may possibly have been landed as a prisoner in Germany.***

No trace of Day or his plane were ever found. On March 15, 1918, the local paper printed an excerpt from the letter his parents received that informed them of their youngest son’s death:

He was fearless and selfless, and his perfectly charming and open personality made him beloved by every one. He was as perfect a pilot as ever existed, his flying was a poem and his influence in the squadron was really priceless. He is a very serious loss to us, and I can perhaps only faintly realise the loss he is to you.†

Had he lived, Jeffery Day planned to write a book on flying. A draft manuscript included these notes:

I had quite made up my mind when I came down from my first flight I would sit down forthwith and with very great ease write some most superior verses on the thrill and grandeur of flying. Accordingly I immediately proceeded to evolve magnificent and fine sounding phrases describing what I felt sure it would be like, and to search diligently for suitable rhymes. However when I did come down, my only thought was to go up again …. and anyhow, why write verses when you might be flying? …. my mind was very full of half-grasped impressions, like a small bag packed tight with young eels, and out of that seething mass I couldn’t have picked one solid, sensibly worded impression for the life of me. It was silly of me to expect to write directly after my first flight, for one doesn’t sit down to write a rhapsody on strawberries and cream with a belly full of ‘em but with an empty bell, and a great desire for them.††

Email ThisBlogThis!Share to TwitterShare to FacebookShare to Pinterest
Labels: Day